The art of being Very Random. And Very Short: @very.short.stories 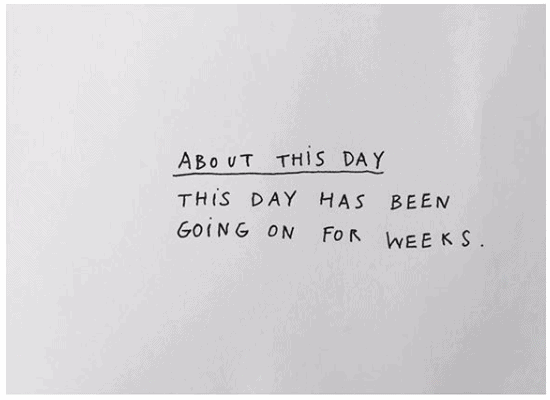 It’s raining thoughts in London, where careful wanderers can stumble upon little booklets of short stories in the most unexpected places.

Random tales of cats, Christmas and people are waiting for you on the bus, in museum shops and galleries, and sometimes even find their way into your backpack. I tracked down the word wizard behind those so-called Very.Short.Stories and their namesake Instagram account. Turns out I was the very first person ever to interview her, so we both dressed up for the occasion: she put on eyeliner and I wore my best pajamas. The conversation was particularly long for a woman of such few words.

How did this particular story start?

I’ve always had a habit of carrying around a notebook for small thoughts and sketching. One night while commuting home, I just started writing and a very short story came out. I posted it on social media and people reacted enthusiastically. I guess I never really stopped writing since.

What do you write about?

Everything, really. Sometimes it’s something that’s been floating in my head for a while, sometimes I just start writing without really knowing myself what will come out. Nothing is curated, once it’s on paper it’s on paper. There’s no message for the audience, nor is it therapeutic writing for me, It’s all very light and spontaneous.

But is is autobiographical?

Sure, if only because they are my thoughts. Those are often quite random and don’t make too much sense, but sometimes I’m serious too. There’s one titled “about the time I’ve had enough”, which is more personal and stressed me out a bit. I was hesitant to post it and open myself up to the audience, but I did so anyway and the reactions were all positive. So now there are no second thoughts anymore: it all just goes out there.

Speaking of “out there”, you’re responsible for quite the paper rain in London.

Indeed, I printed out some of my favorite stories and copied them 65 times on big paper, after which I tore them loose and had my roommate sew them into little booklets. The result is a series of crappy little books filled with crappy little thoughts. I leave them on busses and trains, in galleries and bookstores, in cafes and musea. At times I also stuff them into people’s backpack, like a reversed pickpocket. Approaching random strangers and handing them over my books just seems creepy to me, so I prefer the anonymous way.  I like the idea of random finders having a good read without knowing who’s behind it –although some stories do give some clues away. About Tuscany (“Hills and hills and hills and yet the cups of my bikini are not full”) makes it rather obvious I’m a girl, but still. Sometimes I hide behind a corner, waiting for someone to pick them up, sometimes I just let it be. I have one rule though, which is never to gift them to anyone. Friends have asked, but I just can’t.

Do you have a favorite?

I have two: About My Cat and About The Tree I Saw Once.

Do you have big plans for your little stories?

The correct answer is that I don’t know. Right now it’s just something spontaneous and weird that I do.

It’s not the only thing you do though?

I also paint a lot, both on canvas and on my IPhone. The Finger On IPhone series is my creative outlet when I have no time to paint bigger works because of my day job. I can quickly sketch something while sitting on the tube or even on the loo. It’s a dream to some day be able to live off my art, but right now I’m reluctant to sell anything because I’m not good at bargaining. I have a feeling I will be very famous one day, so it would be stupid to sell something for one hundred pound today that might be auctioned at forty thousand pound in a few years! No that is not true, scrap that, I’m talking shit.

Do you have a good read to recommend?

Catcher In The Rye by J.D. Salinger, because I find it random and funny. And I’m a big fan of Charles Bukowski’s work; there’s nothing feel-good about it, but it’s very cynical and that makes me laugh. And finally also Extremely Loud & Incredibly Close by Jonathan Safran Foer, which is a book I started with little to no expectations but completely blew my mind!