Why would you head for Italian food while you’re in Morocco? Because it’s what Yves Saint Laurent and his party squad would do!

You don’t really come for the pasta here (although it is delicious), rather to taste the nostalgic air of decadence and creativity in the cosy bar. It is located in the heart of Gueliz, the “modern” new city built by the French in the thirties, which is a labyrinth of hidden art deco treasures. The town attracted a flock of foreign artists, hippies and designers and became the epicentre of the international jetset in the seventies.

La Trattoria, settled in one of the last original villas in town, boasts a surprising mix of art deco and seventies glam, namely because it received some revamping by the flamboyant American interior designer Bill Willis in 1974. The guy had an equally strong penchant for design as for sniffing coke with the likes of the Rolling Stones and YSL, and brought a vivacious mix of traditional Moroccan tadelakt, oriental doors, Murano glass curtains, old gentlemen’s club sofas, dusty portraits and even  a stuffed tiger head. Many a night were merrily spent here in famous company, and if walls could talk, they would for sure make you blush as bright red as the grand bar in the entry.

More than just a party relic of the past, La Trattoria is still very much alive today and hosts an organic market every Tuesday. 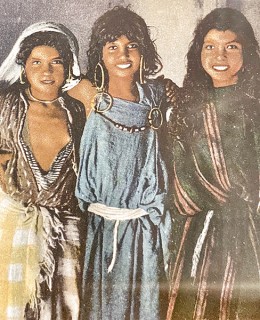 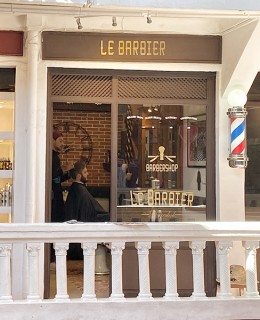 The barber in the souk 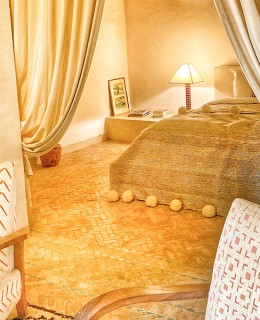