Hidden on the hill near San Jose lies a piece of forgotten party history, as well as a spectacular testimony to human hubris.

When the Festival Club was built in the late sixties, it was conceived as the biggest, brightest, craziest open-air dance palace in Europe. The gigantic project consisted of several stages, dance floors, drinking areas, restaurants and even an amphitheater meant for bull fights in the middle of a pine forrest. It was so secluded that the owners had to build a road especially for it and arrange for a high voltage electricity grid to feed their giant basses and lighting installations. When its doors opened in 1972, the rich and famous flocked to the almighty club, but tragedy struck some years later, when the oil crisis kept tourists away and the Festival Club struggled to pay its huge construction debt.

The place was quickly closed and left to the mercy of both vandals and the surrounding pine trees, whose roots gradually burst through the concrete walls and dance floors in order to reclaim the place.

This is how you’ll find the spot today: eerily silent for a club, yet loudly colorful after decades of graffiti artists, not always that talented, emptied their cans on its walls. Definitely the place to go if you’re into daydreaming or, like me at the time I visited, too heavily pregnant to even consider setting a foot in a real club… 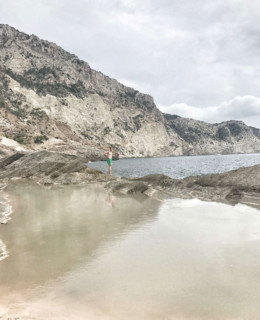 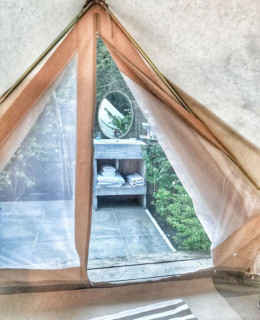