Here’s a rant by Mrs. Lisa

“But she’s so small.” I swear to God, if I need to indulge this remark one more time I wìll spit some oil paint spit right into someone’s smartphone camera. My name is Lisa di Antonmaria Gherardini di Montagliari, better known as Mona Lisa, and the time has come to break the silence.

I’ve remained tight-lipped for centuries, I’ve put up with millions of annoying tourists commenting on my petite frame, I’ve had to hear those stupid museum guides singing the praises of my so-called creator, Leonardo Da Vinci, and I’ve had it: the time has come to get to know me as a person! Which one of you bitches can claim she made generations of royalty fall in love with her, had privileged backstage access to their most intimate chambers ànd had a starring role in a Beyoncé video?!? That’s right, only Mrs. Lisa is cool enough for Mrs. Carter! Not bad for a modest Italian merchant’s wife, heh? I must admit to being a bit of a nobody when I married Florentine silk trader Francesco del Giocondo back in 1479, but my charm and good looks paired with my husband’s wealth quickly made me climb the social ladder in Beverly Hills –sorry Florence. It wasn’t until I came up with a very clever PR-stunt though, that my celebrity career really took off…

Let me tell you a thing, the portrait you all know these days was part of an innovative Christmas card project my husband and I wanted to send around the European beau monde to wish them a merry Christmas and happy new year 1504. I’d just given birth to my sixth child back then and it was adorable as fuck. So I wanted to show the world how ridiculously good my genes were –I’m told it’s a quite common thing to do for 6+ families in 2019, but back then the idea in itself was revolutionary. We were all going to pose separately and then have a giant collage of our perfect faces made. We were all really vibing on this idea, but then we chose to work with the wrong artist.

Mr. Da Vinci, so it appears, had more on his obsessive mind than my social aspirations. To be completely honest with you, dear old Leo was kind of a creep. Did you know he had taken to dissect corpses from the local morgue, just to find out which exact muscle draws the lips into a smile? WTF?! I’m all for detailed work, but this guy really took it a bridge too far. And then there was all this talks about mathematics and science. Maths, maths, maths, that’s all he could rant about for hours, as I sat there posing. I swear to you, nowadays everyone goes on and on about the genius technique of the smile he gave me, while I’m the one who deserves a medal for freaking smiling at all through the entire boring ordeal!! So anyway, by mid 1503 he was still frantically working on my portrait and I began to fear he would never have time to even start working on those of my photogenic brood -Lucia, Lorenza, Liliana, Luigi, Leonilda and little Livia. Nearing december, my fears came true and I found myself obliged to send a classic, very unoriginal piece of parchment by way of Christmas card to all our friends and relatives. And thàt to me was the final straw. I showed Mr. Da Vinci and his creepy painting the door, after which he supposedly kept working on it for years.

After his death, the painting was sold to the king of France, no less, who hung it up in his private bathroom at the chateau de Fontainebleau. This was a small consolation to me, as I was finally part of some royal household –even if it was in the capacity of a glorified Madame Pipi. I knew my time would come, and it did when my smile struck a chord with Bonaparte –talking about “small”, now thàt was a midget!- somewhere in the 1800s. He affectionately called me “Madame Lisa” and had me hanging in his wife Josephine’s bedroom, the sneaky bastard. He became so obsessed with me that he tracked down one of my descendants, doe-eyed little Teresa Guadagni,  in order to court her, but of course she couldn’t match my eyebrow-less gaze in a million years, so he contented himself with spending his nights in my company. What happened in the bedroom stayed in the bedroom, but this short affair did give me worldwide renown and by the time I was displayed at the Louvre I was a fully-fledged celebrity. Artists would throw themselves at my feet and write me love letters, courtesans would powder their faces yellow to mimic my deliciously delicate post-plague complexion and I was even the object of a very high-profile Parisian heist in 1911: some lovesick fool grabbed me from the wall and tried to sell me to the highest bidder. It turned out to be quite the reality show, with the notorious likes of Mr. Picasso and Mr. Apollinaire being charged with the robbery. Those were the days, we had such fun! But in the end, everything came to an end and I went back to hanging at the Louvre’s. Shoot me.

Nowadays, I must admit to feeling a bit annoyed by the massive attention I get, especially when it comes in the form of selfie stick waving tourists. I mean, watch out for the veil, you imbeciles! Life works in cycles though and I’m sure I’m on the verge of some thrilling new adventures, the Beyoncé video being a prelude of my renaissance. I tell you one thing, you’ll be seeing an apeshitload more of me in the next few years, just watch me!

In the meantime, I vainly salute you and wish you a merry fucking Christmas 2020, 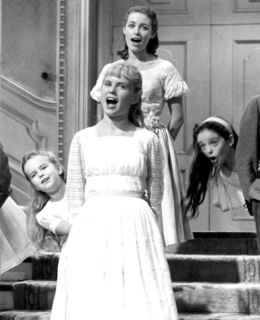