Here are 10 children’s books you should read again

Lazy days call for lazy reads, and what’s easier than books that were written for 12-year-old minds and fill you with that sweet feeling of nostalgia? Here are ten books I devoured as a kid and can still read over and over again. Although most of them are Dutch or Belgian and deliciously outdated, you might be in for a pleasant surprise:

“Once upon a time there was a little witch who was only a hundred and  twenty-seven years old”: with this phrase, you dive into a world of witches and talking ravens, a world where Little Witch is the youngest of all crones and must prove herself worthy of her nasty sisters in order to attend Walpurgis Night, which is basically their social event of the year. She goes on a quest to become the best of them all, but along the way starts wondering what it really means to be a good witch. Cute and compelling, you’ll like this story before your afternoon nap.

Same author, different, darker kind of story. I don’t know what it was with me and scary stories, but I seemed to be a bit addicted as a kid. Otfried Preussler is a German who was forced to fight at the East Front during WWII and got captured by the Russians. After spending almost five years as a prisoner of war, he returned home with a head filled with Russian folk tales and mythology. He became a writer and based his most successful book on Krabat, a legend about a young beggar boy who enrolls as apprentice in a watermill. Following some mysterious happenings and disappearances around the mill, he soon discovers that nothing is what it seems in his new home and that his harsh master is involved in dark magic. It’s too late to escape though…

Harry Potter and the Philosophical Stone

My go-to bedside read, the one that always makes me fall asleep with a smile. I guess Harry Potter needs no introduction and this first book in the series might be the most magical. You get to know the wizarding world through the eyes of a bewildered orphan boy, through the secret passage of Diagon Alley and through that very first, almost mythical train ride starting at Platform 9 ¾. The story is nowhere near the great, elaborate tale it has become in later instalments, but it is magical and heart-warming.

Letter to the King – Tonke Dragt

16-year old squire Tiuri is spending the night in church, ready to receive his knighthood at dawn and basically minding his own business, when all of a sudden a wounded knights storms in. The man is dying and begs Tiuri to take over his mission of delivering a letter containing important information –“a question of life and death!”- to the neighboring king. The young boy reluctantly accepts and soon finds himself chased across three kingdoms by every possible bad knight, hired assassin and corrupt official. It’s an adventure, that’s the least you can say.

One of the most popular children’s book ever written in The Netherlands and Belgium, Crusade in Jeans recounts the adventures of Dolf Wega, a 15-year old football player who accidentally steps into a time machine and ends up in 1212 in the middle of a children’s crusade. Thousands of bear-footed youngsters are marching to Jerusalem under the helm of a shepherd boy who claims to have holy visions and two monks who’ve had “bad guy” written all over their face since the very start. Food is scarce, diseases are thriving, the weather is hard and bandits are always luring to capture a slave child or two. Dolf decides to reorganize the crusade in an effort to lead everybody safely over the Alps. His pair of denims won’t survive the journey, let’s see if our hero and his friends do… Little warning: the book was written in the seventies, so it’s quite old school. Literally: this is one of the basic reads in primary school.

What’s hiding underneath those perfectly shaped grey curls and funny owl glasses? An evil brain! Albeit it’s the case for Joe’s granny. To the outside world she looks like an indolent little lady, but she in fact is the devil in person and wants to test her new invention –a machine that sucks life out of little children- on her terrified grandson. A horrific, splendid tale that still scares me at times, when I’m not bent over with laughter over granny’s latest evil plot.

Do one Google Image search on Annie MG Schmidt on a painful morning after and your hungover brain will immediately feel brighter. She is the kind of funny, non evil grandmother whose stories make you forget about the headache and embarrassing flashes of memory from the night before. Schmidt, who would be over a hundred years old today, unleashed a lot of funny characters in this world, but Minoes is without doubt the most lovable: following an unlikely poisonous lunch, a kitty cat turns into an alluring young lady, without losing any of her catty ways. The book has not been translated in English, but there is a film version starring a young Carice Van Houten (Game of Thrones’ Red Woman).

Again, this one had no English translation, but funnily enough has been a huge hit in Japan. It used to scare the hell out of me (alongside, apparantly, a million Japanese kids) and give me horrendous nightmares –one night, I even crawled into bed next to my little sister because I was too terrified to sleep. She kicked me out. The fact that I was 12 and she was 10 didn’t make thing easier, but I blame it on my very vivid imagination. Anyway, the book series follows the attempts of haunted writer P. Onnoval, who lures children in his magical bus to tell them scary tales –told in frame stories- with the aim of eating their soul at the end. It’s up to the kids to realise what’s going on in time and try to defeat the devilish author at his own game…

Name one bookworm who doesn’t love Mathilda or at least feels a pinch of recognition when she goes on a crazy book binge through her local library. That plus the fact she can make stuff fly to her whenever and wherever she wants of course, which is basically the superpower I always wanted to have. I love Roald Dahl and would like to name his entire oeuvre here: Boy, The Witches, the BFR, Charlie and the Chocolate Factory, James and the Giant Peach: love, love, love!

Another classic in Belgium. Marc de Bel is a former primary school teacher who showers you with enough great nonsense to turn the greyest of mondays into one huge discoball fest. Inside your head at least. His writings are witty, funny, filled with fantastical elements and loaded with slapstick humor. You’ll follow the adventures of the naughty Krieger triplets, lovely Boeboeks monsters and young inventor Blinker. That ànd the fact his protagonist aren’t afraid to share a first kiss (or more) in the back of an abandoned bus or a treehouse made of bras (!) allways made for flushed little cheeks all across the school library. Pure nostalgia! Impossible to name one best work, but for the list’s sake, I’ll take The Egg of Uncle Trotter, his very first writing about a bullied little boy whose sad world is turned upside down after his crazy uncle Trotter gifts him a magical crocodile egg.

#whoispasalt: all my Seven Sister conspiracy theories in a row 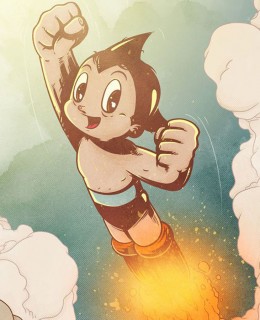